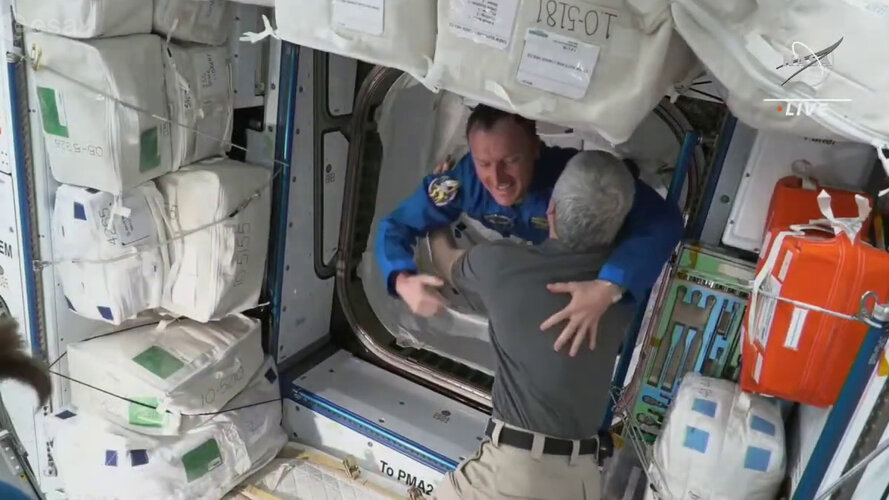 Relive the moment the SpaceX Crew Dragon spacecraft, Endurance, docked to the International Space Station with ESA astronaut Matthias Maurer and his NASA colleagues Raja Chari, Tom Marshburn and Kayla Barron on board.

Crew Dragon docking is autonomous. Once docked, astronauts on Endurance and aboard the Space Station conducted standard leak checks and pressurisation before the hatch between the two spacecraft was opened at 01:25 GMT/02:25 CET. On Station, the astronauts were greeted by their Expedition 66 crew mates, NASA astronaut Mark Vande Hei and Russian cosmonauts Anton Shkaplerov (current International Space Station commander) and Pyotr Dubrov.

This was followed by a welcoming ceremony in which ESA Director General Josef Aschbacher and NASA Associate Administrator Space Operations Kathy Lueders wished the four astronauts all the best for science, research, and operations aboard their new home for the next six months.

Crew-3’s arrival on board the International Space Station marks the official start of Matthias’s first space mission “Cosmic Kiss”. During this mission Matthias will support over 35 European and many more international experiments in human research, biology, materials science, fluid physics, environmental science and radiation, and technology.

For more information on science and operations Matthias will carry out in space, view the Cosmic Kiss mission brochure in English or German. Regular updates will also be provided on the ESA Cosmic Kiss mission page, ESA Exploration blog and Matthias’s Twitter, Facebook and Instagram channels.