Latest stuff from ESA and/or NASA : Lunch with the Moon 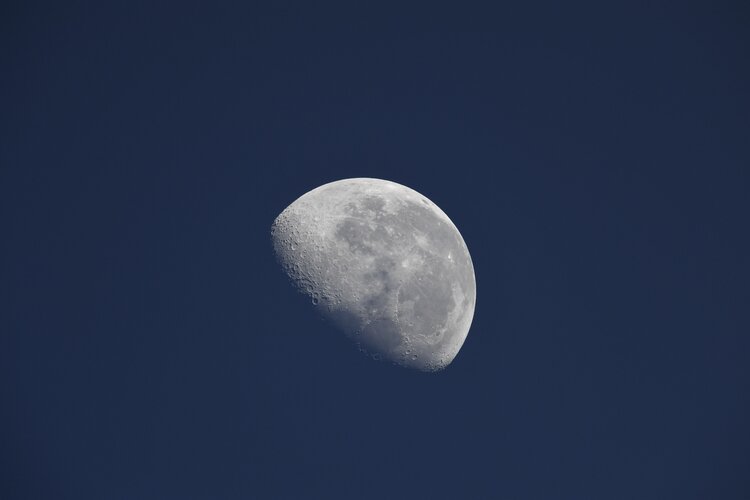 ESA astronaut Thomas Pesquet snapped this image of the Moon from the Russian segment on board the International Space Station earlier this month.

Currently on his first month of the six-month Alpha mission, Thomas is taking stunning photos of Earth and other wondrous objects when not working on science or Station maintenance.

“The blueish picture is when it was still low and the sky was not yet dark,” he notes. “It turned into its black and white self only moments later.”

Parts of North and South America, Australia and the Pacific will be treated to a lunar eclipse, which occurs when the Moon is engulfed by Earth’s shadow and the only sunlight that reaches its surface passes through our planet’s atmosphere, giving it a beautiful red-orange tint.

Today’s lunar eclipse will be the only total lunar eclipse of this year, and that same evening the Moon will be just 357 311 km away, often called a ‘SuperMoon’.

Despite the first human visit more than 50 years ago, the Moon remains largely unexplored yet promises to help us understand the formation of our planet, how crucial chemicals like water, necessary for life, came to the Earth-Moon system, and how we could one day use resources on the Moon to enable human presence.

In the near future, ESA will go ‘forward to the Moon’ when the European Service Module powers NASA’s Orion mission into lunar orbit, and in the next decade, ESA will play a key role in the development of the Gateway, an orbiting science station that will support future human landings.

For now, ESA is bringing the lunar eclipse to Europe with real-time coverage of the total lunar eclipse starting at midday today, 26 May, on ESA Web TV.

The live programme begins at 11:30 CEST and runs over lunchtime in Europe and will provide commentary on this fantastic eclipse, with special guest astronomers, scientists, engineers and experts from Europe and Australia.

Watch a replay of the livestream here.

Latest stuff from ESA and/or NASA : No fire in the sky: preventing an astronaut’s worst nightmare