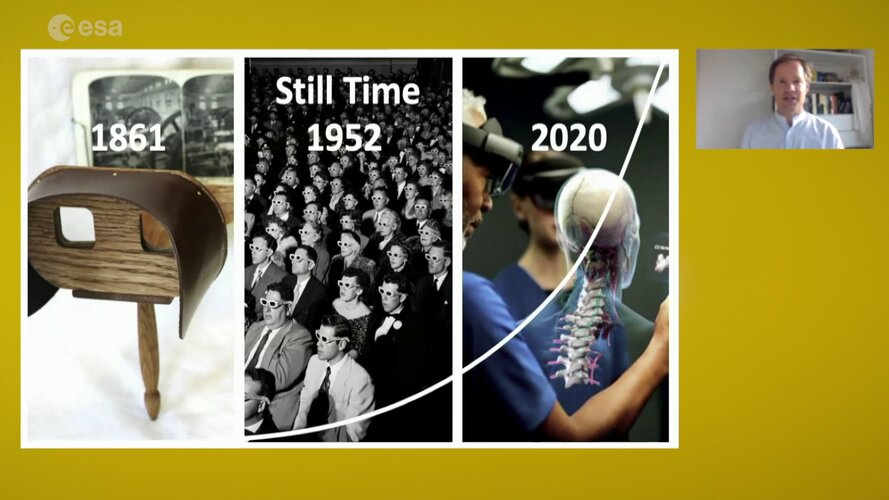 In this first episode of the new season of Space Bites dedicated to innovation we explore the power of exponentials. Diederick Croese is co-founder & CEO of SingularityU Benelux and co-founder of Minkowski, an agency for applied futures. Previously he worked five years for Deloitte’s incubator where he co-founded Fast Ventures, a venture discovery technology to match larger companies with tech ventures, now part of Deloitte Financial Advisory Services. During that period he also co-founded Founder Institute Amsterdam, a pre-seed startup accelerator network from San Francisco, he co-launched Holland Festival Young and he was executive director of TEDxAmsterdam. He started his career as a lawyer, six years at Clifford Chance. He has a background in law and philosophy. Space Bites is a series of lunch lectures about space exploration promoted by the directorate of Human and Robotic Exploration in order to increase the awareness of the importance of space exploration. A fresh and catchy format, in depth content but without the academic look and feel usually associated to it, no slides full of text but just the speaker in front of you telling the exciting future steps of space exploration. Due to Covid-19 restrictions the lecture was hosted online via video conference.